Corporate deals in the UK will continue to drop on last year in the wake of Brexit uncertainty, according to one law firm. 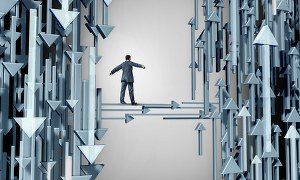 Baker McKenzie’s medium-term forecast report on M&A activity predicts that in the event of an “amicable separation Brexit will have only a modest impact on transactions in most of Europe”.

However, the immediate outlook is less positive, with the report arguing that the value of deals this year would plunge by more than 60 per cent compared to last year, resulting in a total of about £102.5 billion.

In the rest of the EU, however, the forecasters expect the value of deals to soar by almost 44 per cent to £376bn.

Tim Gee, a partner at the firm, said: “Given Brexit’s impact on business confidence, we expect M&A values to fall by two thirds in 2017 after numerous large deals in the first half of last year boosted 2016.”

He added M&A activity should stabilise next year “as greater certainty emerges about the UK’s new relationship with the EU and the rest of the world”.