Australian law firms believe they will significantly benefit from Britain leaving the EU, a survey has found. 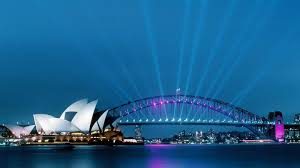 Around 55 per cent of managing partners of Australians firms said they viewed the UK’s historic decision as either “positive or an opportunity” for their firms.

Of that number, around 15 per cent expected Australian firms to benefit from large corporates looking to invest outside of Europe as a result of Brexit.

One senior respondent to the survey, carried out by Eaton Capital Partners, said Brexit will benefit Australian law firms as it “distracts the fully-merged firms of Herbert Smith Freehills and Ashurst”, both of which earned a large presence in the country through local combinations.

However, another 40 per cent of the 20 managing partners surveyed believed Brexit could have a negligible impact on their businesses and clients.

“If you’re a global firm the negative impact of a ‘black swan’ event in a single country should be offset by the pick-up in other legal markets: bye Canary Wharf, bonjour la Défense,” said one respondent.

Only 5 per cent said Brexit would have a negative impact on the British component of their work, which is a significant chunk of their practice.

Another key finding of the survey was that 75 per cent of respondents agreed that large accountancy firms are a real threat to their firms’ market share.

Around 35 per cent of Australian managing partners say the accountancy firms’ extensive international network and mix of advisory and consultancy services makes them attractive to clients, while 40 per cent of them hold the view that they are different from a traditional law firm and that appears to some clients and lawyers.

Only a quarter, or five managing partners, disagreed with the notion. Four regarded the accountancy rivals as not having the depth or leverage to act on major pieces of work. However, one partner believed the Big Four had tried and failed to crack the legal market before and nothing would change this time around.

“Top tier law firms still have a major advantage in attracting the best legal talent, and are adapting their own model to increasingly offer a broader range of advisory services,” a managing partner commented.

The survey also highlighted that, similar to their UK counterparts, Australian firms are facing growing pressure from disruptive factors such as technologies and NewLaw models.

Around 50 per cent of the managing partners said “technological change challenging and undermining the traditional large law firm model” as the biggest change in the Australian legal landscape in five years’ time.

The other half of the participants saw domination of the market by global firms (20 per cent) and boutique and specialist firms taking work away from larger full-service firms (30 per cent) as two other major changes to come.