You are here: Home1 / News – Leaders in Law2 / Brexit3 / Applications to Irish roll up 275 per cent as firms prepare for Brexit 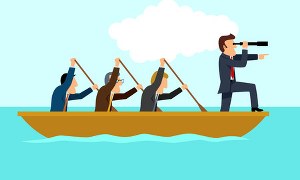 The Law Society of Ireland has revealed it has admitted a record 810 English qualified solicitors to the roll by this year as leading UK firms rush to secure a second jurisdiction for their lawyers in the wake of the Brexit vote.

Including local trainees, there will be 1,347 new solicitors in Ireland by the end of the year.

The figure beats the previous record set in 2008 by more than 500 solicitors, and represents an increase of 275 per cent compared to 2015.

It has been dubbed a “tsunami of new solicitors” by Law Society director general Ken Murphy.

It follows UK firms including Freshfields Bruckhaus Deringer, Eversheds and Slaughter and May rushing to admit lawyers amid fears it may be more difficult to practise EU law after Britain leaves the union.

Freshfields told the Law Society its lawyers taking out an additional qualification in Ireland were “primarily anti-trust, competition and trade law practitioners” based in its London and Brussels offices.

“They were doing it to allay any conceivable concerns in the future about the status of their solicitors in dealing with EU institutions including in relation to legal privilege in EU investigations,” a statement by the society said. “They told us, unambiguously, that Freshfields has no plans to open an office in Ireland.”

“They expressed appreciation for the helpful and efficient way in which the relevant staff of the Law Society of Ireland had facilitated their colleagues with their transfers,” a statement read.

Clifford Chance submitted applications for all 34 of competition lawyers across its London and Brussels offices to be admitted to the Irish bar but so far just 12 have been admitted. Herbert Smith Freehills funded 34 lawyers to be admitted in Ireland this year, of which 25 have been admitted. Meanwhile Hogan Lovells has had 34 lawyers admitted in Ireland; Allen & Overy 24; Linklaters 20; and Bird & Bird 10.

At US firms, Shearman and Sterling has registered 11 lawyers on the Irish roll; Covington & Burling has 10; and Arnold & Porter and Gibson Dunn & Crutcher both have six.

The Irish Law Society said it was receiving 10 to 12 queries a day from England and Wales qualified lawyers amid Brexit uncertainty and following the vote. In the first half of 2016 a record 186 lawyers were admitted.

To join the Irish bar lawyers must pay a one-off charge of €300 (£252) plus an annual cost of around €2,000 to qualify as a practising solicitor. Unlike solicitors from other EU countries, practitioners from England, Wales and Northern Ireland are not required to go through a transfer test.

on LinkedIn
Dentons Australia union with Gadens to complete this week