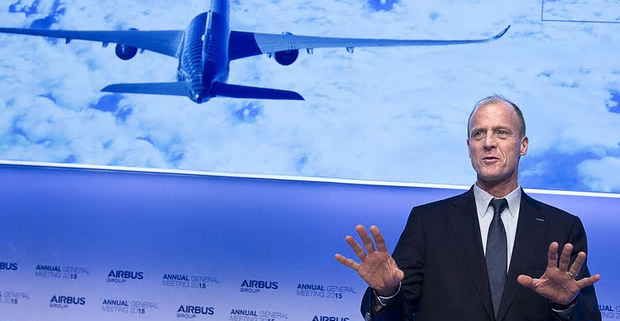 The UK’s Serious Fraud Office has confirmed that it has opened a criminal investigation into allegations of fraud, bribery and corruption in the commercial airline business of Airbus, the defence and aviation firm. The investigation into potential criminal dealings in the sale of commercial planes was launched in July but revealed at the weekend by the European manufacturer.

The SFO said that the allegations related to irregularities with third party consultants. Airbus said it had flagged up the suspect activity itself, effectively self-reporting to the SFO via UK export agencies, and was cooperating fully with the investigation.

In a statement issued on Sunday, Airbus said: “Airbus Group has been informed by the SFO that it has opened a criminal investigation into allegations of fraud, bribery and corruption in the civil aviation business of Airbus Group relating to irregularities concerning third party consultants. Airbus Group continues to cooperate with the SFO.” Neither Airbus nor the SFO would comment further on the details.

Earlier this year, a UK government agency suspended the issue of export credits to Airbus, due to discrepancies in declarations by the manufacturer on the use of outside intermediaries during jet sale negotiations. Airbus said it had flagged up the mistakes and omissions relating to applications for export credit financing for its customers.

The agency, UK Export Finance, had said it was referring the discrepancies to the SFO, which would decide whether to launch a criminal investigation. French and German agencies have also halted the plane-maker’s export credits, which support deliveries to airlines with limited access to commercial funds.

This month, Airbus’s group CEO Tom Enders said they were hopeful that export credits would be restored by the end of the year. Airbus itself has extended credit worth €587m to customers in the first half of 2016 – a tenfold increase on 2015 – to maintain sales.

Airbus notified investors of the potential issues in April, saying that the discovery of irregularities had emerged “in the context of its internal compliance improvement programme”. Offshoots and companies jointly owned by Airbus had come under investigation in the last two years in Germany, Greece and Turkey.

The Toulouse-headquartered aeroplane manufacturer’s global business sees contracts of staggering proportions, with its current order book valued at just under $1tn (£764bn) at the start of 2016. It claims in recent years to have edged US giant and great rival Boeing in the market for the biggest jets, although its flagship doubledecker superjumbo, the A380, has failed to find many new customers outside the Middle East.

While it has subsidiaries in the US, China, Japan, India and the Middle East, Airbus’s major aircraft design and manufacturing facilities are based in France, Germany, Spain and the UK, where wings are engineered. 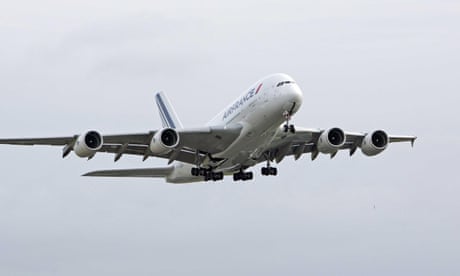