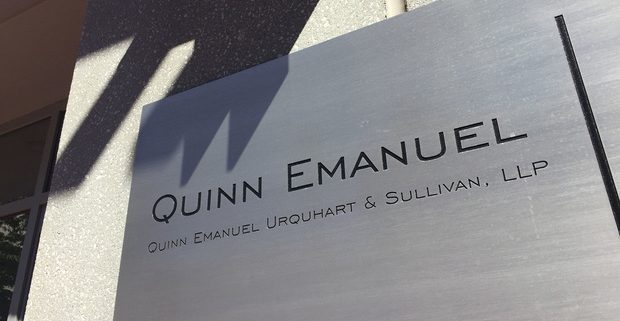 York Faulkner joins from IP specialist firm Finnegan, Henderson, Farabow, Garrett & Dunner where he was most recently a partner based in Reston, Virginia. An experienced trial lawyer, Faulkner has litigated high-stakes cases in jury and bench trials before federal and state courts. Fluent in Japanese, he regularly represents Japanese companies on U.S. litigation and is experienced in coordinating with Japanese lawyers on co-pending litigation.

Faulkner had been with Finnegan since 1996 when he left the U.S. Department of Justice, where he had begun his career as a criminal prosecutor in the tax department. He regularly worked out of Finnegan’s Tokyo office.

Quinn Emanuel opened in Tokyo in 2007 after acquiring three-lawyer IP boutique Koda & Androlia in Los Angeles. The firm then sent partners Henry Koda and Ryan Goldstein to be based in Tokyo. Koda left to join DLA Piper in 2010, Goldstein, a Japanese-speaking patent litigator, has led the office since then. The firm had been looking for the right addition to the Tokyo office for a while, according to managing partner John Quinn.

“Our Tokyo office works with Japanese clients on a wide range of matters, from intellectual property lawsuits to arbitration to government investigations—all in Japanese,” Goldstein said in a statement. “[Faulkner’s] practice fits perfectly with what we are doing in Japan and we are looking forward to expanding what we do.”

In addition to Goldstein and Faulkner, Washington, D.C.-based Dawn Yamane Hewett, an arbitration of counsel, also advises on Japan-related matters.