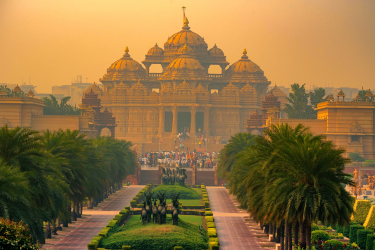 Ease of Doing Business Internal Rankings – Andhra Pradesh is at the top of the list of States and Union Territories (UTs) ranked according to the ease of doing business, data put together by the World Bank and Department of Industrial Planning and Promotion, Ministry of Commerce and Industry  (DIPP), which was available earlier this month. Andhra Pradesh retained its spot in the second edition of the rankings, followed by Telangana, Haryana, Jharkhand and Gujarat rounding off the top five places. Parameters on which the States and UTs are ranked include reforms they’ve undertaken and the feedback from the government they’ve incorporated in their policies. The list categorised India’s 34 states and UTs into 4 categories – ‘Top achievers’, with a score of over 95% (9 states), ‘achievers’ with a score between 90-95% (6 states), ‘fast movers’ which had scored between 80-90% (3 states), and those with a score below 80% in the ‘aspirers’ category (18 states and UTs).

IMF Marginally Reduces India’s Growth Forecast – In the World Economic Outlook Update, July 2018 released by the International Monetary Fund (IMF), India’s growth rate is expected to rise from 6.7 percent in 2017 to 7.3 percent in 2018 and 7.5 percent in 2019, as drags from the currency exchange initiative and the introduction of the goods and services tax fade. The projection is 0.1 and 0.3 percentage point lower for 2018 and 2019, respectively, than in the April 2018 World Economic Outlook (as reported by Asia Law Portal in April), reflecting negative effects of higher oil prices on domestic demand and faster-than-anticipated monetary policy tightening due to higher expected inflation.

World’s Largest Mobile Factory in India – Earlier this month, Prime Minister Narendra Modi and South Korean President Moon Jae-in inaugurated Samsung Electronics’ mobile phone factory in India – the largest in the world. The facility is spread over 35 acres in Noida, close to Delhi. The plant, estimated to be built at a cost of ₹ 4,500 crore, can produce 12 crore mobile phones every year and will create 15,000 local jobs. This is a huge thrust to Prime Minister Modi’s ‘Make in India’ initiative, which has become extremely effective for electronics sector (as reported by Asia Law Portal in December 2017)

Cabinet Approves Accession to WIPO treaties – The Union Cabinet chaired by Prime Minister Narendra Modi has recently approved the proposal submitted by DIPP regarding accession to two World Intellectual Property Organisation (WIPO) treaties i.e WIPO Copyright Treaty and WIPO Performers and Phonograms Treaty, which extends coverage of copyright to the internet and digital environment The approval is a step towards the objective laid in the National Intellectual Property Rights (IPR) Policy adopted by the Government in 2016 which aims to get value for IPRs through commercialization by providing guidance and support to EPR owners about commercial opportunities of e-commerce through Internet and mobile platforms.

Personal Data Protection Bill, 2018 – The Government of India had constituted a Committee of Experts in 2017 under the Chairmanship of former Supreme Court Justice Shri B N Srikrishna to study various issues relating to data protection in India and to propose a data protection framework (as reported by Asia Law Portal). Pursuant to that the Committee had prepared a white paper on various issues relating to data protection in India and had solicited public comments by January 2018 (as reported by Asia Law Portal in December 2017). The Committee submitted its report recently along with a draft Personal Data Protection Bill, 2018. The proposed law will have jurisdiction over the processing of personal data if such data has been used, shared, disclosed, collected or otherwise processed in India. However, in respect of processing by fiduciaries that are not present in India, the law shall apply to those carrying on business in India or other activities such as profiling which could cause privacy harms to data principals in India. Additionally, personal data collected, used, shared, disclosed or otherwise processed by companies incorporated under Indian law will be covered, irrespective of where it is actually processed in India. However, the data protection law may empower the Central Government to exempt such companies which only process the personal data of foreign nationals not present in India. The law will not have retrospective application and it will come into force in a structured and phased manner. Processing that is ongoing after the coming into force of the law would be covered. Timelines should be set out for notifications of different parts of the law to facilitate compliance.

on LinkedIn
Deloitte to Join Big 4 Legal Race in Singapore