India Aims To Be The World’s Newest International Arbitration Hub

You are here: Home1 / News – Leaders in Law2 / Arbitration3 / India Aims To Be The World’s Newest International Arbitration Hu...

India is seeking to become the world’s newest international arbitration hub by establishing a new arbitral center in Mumbai. The Mumbai Centre for International Arbitration (MCIA), which begins proceedings this month, will be India’s very first arbitration tribunal. Its supporters hope it will help bring the industry’s best practices to the country. The unveiling of the MCIA underscores the significant growth of India-related arbitration cases in recent years. It also highlights the government’s desire to make India an attractive destination for international arbitration and make it a more compelling destination for business by bringing more reliable adjudication to India’s corporate sector.

Arbitration remains the preferred option for multinational firms conducting business in the country, but India is not the preferred venue to arbitrate claims. The majority of arbitrations currently taking place within India occur on an ad hoc basis. This has resulted in a lack of uniform standards and predictability with respect to the cost-effectiveness, efficiency and outcome of many arbitral proceedings. 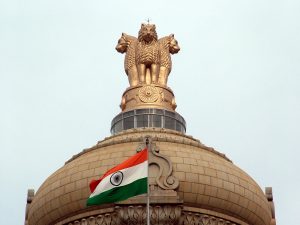 These issues have generated serious inconsistencies with global best practices regarding arbitration, eroding the international legal community’s trust and confidence in the current Indian system. It has also been, plainly speaking, bad for business. Many of the most prominent arbitration cases, including those involving multinational giants Deutsche Telekom and Vodaphone, have moved outside of India because of the absence of institutionalized capacity and expertise in the country.

Indian officials are betting that the MCIA will help change this, and the rules governing the MCIA have been drafted specifically to address these shortcomings. These rules provide for an expedited timeline for inexpensive disputes, mechanisms that cater to multi-party and multi-contract scenarios, the availability of an emergency arbitrator, and a deadline for the tribunal to render its final award, among others. Released in June 2016, the MCIA rules were designed by a committee comprised of leading arbitration practitioners both in India and abroad.

The Indian government is hoping the MCIA will help fill an important need that has been created by India’s recent booming economic growth, occurring at more than 7% by some estimates. The robust rise has resulted in a surge of foreign investment into the country, and with it, the need for access to alternate dispute resolution mechanisms.

The key question is whether these measures will succeed in making India a more popular arbitration venue. The MCIA’s success will depend largely on the willingness of companies operating in India to seek redress in the new tribunal. For both foreign and domestic companies, foreign-seated arbitration centers in Paris, London, Geneva, Hong Kong and Singapore remain the favored locales and have captured a significant share of India-related arbitration cases.

on LinkedIn
Kennedys and Waltons & Morse merge in London