You are here: Home1 / News2 / Appointments3 / Multiple hires for Ince JLV in Singapore 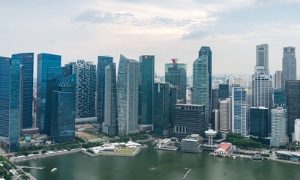 The new hires include Felicia Tan, who joins from A&G as the director of the JLV’s litigation team, as well as litigation and arbitration lawyer Moses Lin, who joins as a partner from Hill Dickinson.

Additionally, Edgar Chin has been promoted to joint managing director at Incisive Law. He will be working alongside shipping specialist Bill Ricquier.