CMS wraps up Slovakian alliance ahead of Bratislava launch

You are here: Home1 / News – Leaders in Law2 / Alliances3 / CMS wraps up Slovakian alliance ahead of Bratislava launch 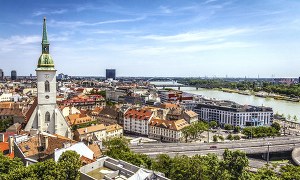 CMS’ UK and Austrian member firms have called time on their alliance with Slovakian law firm Ruzicka Csekes, with plans to open a Bratislava office later this year.

The Slovakian firm of 40 lawyers had been in association with CMS Cameron McKenna and Austrian member firm CMS Reich-Rohrwig Hainz for five years, but now CMS is planning to launch its own fully integrated office in the country.

The alliance will end on 31 May 2017 and Camerons and Reich-Rohrwig Hainz aim to have an office in place by the summer with a newly created Slovak team of lawyers.

The firms have not decided whether the new office will be a joint venture, similar to the offices run by CMS in Russia or Istanbul, or a standalone office managed under the Camerons LLP or by Reich-Rohrwig Hainz.

A new office in Bratislava would bring the CMS group total to 66 worldwide. CMS operates as a European Economic Interest Group of firms, which includes 10 European members.

According to the firm’s latest LLP accounts, the share of joint venture turnover attributable to Camerons UK business was around £4m for the financial year ending 2016, up from £3.7m the previous year.

The UK business also operates further Central and Eastern European offices. Expansion in the region was originally led by executive partner Duncan Weston, prior to his appointment as managing partner in 2008. Camerons currently has offices in the region in Czech Republic, Poland, Ukraine, Bulgaria, Romania and Hungary.

CMS recently added three new member firms from Chile, Peru and Columbia to its international group – increasing the total number of member firms in CMS to 13 earlier this month.